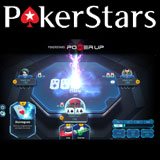 PokerStars Power Up is a new poker game that combines Texas Holdem Poker with Hearthstone to create an exciting new format.

The game follows up on other popular formats released over the last few years which include: Beat The Clock, KO Poker, Spin & Go and Zoom Poker.

Still in the alpha phase of development, PokerStars Power Up is currently under going vigorous testing before being released to the public as a real money poker game.

In the meantime we have a video teaser for you to see featuring some of the game-play, animations and power effects of the game.

PokerStars Power Up is different from regular Texas Holdem as it includes special powers and ways for players to change game-play using boards, cards and chips.

The game will be appealing to non-poker players as well as those regular players who are looking for something new and exciting to play.

Featuring new concepts that are sure to change the game of poker to something that is more fun and will attract a wider audience. The software has been tested by experienced poker players for the last six months and is not far off from being release to the public.

There are a few changes and features to add and improve on after feedback, the testers so far have had lots of fun and loved the animations, special powers and game-play. 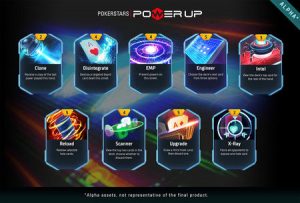 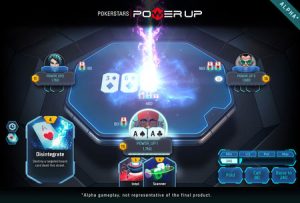 Some of the features in the lobby include:

When PokerStars Power Up is finally released the public through the PokerStars lobby, they are sure to enjoy this new poker format.