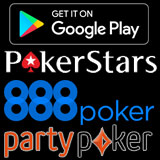 Google Play Poker Apps that offer real money poker games have now been approved in UK, France, Ireland and regions that have a regulated poker industry.

Popular poker sites: PokerStars, 888poker and Party Poker are among the list of approved casino and poker apps. These poker sites have gambling licenses for the regions where testing is currently being conducted.

You can now download PokerStars, Party Poker and 888 Poker Google Play apps from the store. This will make it easier for players to find and install the Android version of the software on mobiles and tablets.

END_OF_DOCUMENT_TOKEN_TO_BE_REPLACED 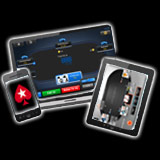 Play poker apps real money games on mobile devices, download the free software from the popular poker rooms which are all compatible for Android, iPhone and iPad.

We listed the best poker apps with real money and free poker games which is an excellent tool for those learning to play poker online.

END_OF_DOCUMENT_TOKEN_TO_BE_REPLACED 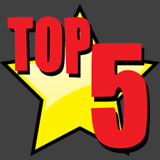 The top 5 online poker rooms for 2015 hasn't changed much since last year excepting for Bovada rising from fifth place to third, being one of the best poker rooms for American players.

Statistically poker traffic has been on the decline but may change slightly before the end of the year when PokerStars enters the regulated US market.

Read more for our guide to the top 5 poker sites, online casinos and best poker apps you need in 2015. Download the software for free and sign-up for your welcome bonus.

END_OF_DOCUMENT_TOKEN_TO_BE_REPLACED

With fall now underway and the cooler winter months rapidly approaching after a long summer, we expect players to start up their pc's and start playing poker online once again.

The online poker scene has changed somewhat since last year in that 888 poker has grown in stature and risen to a formidable second spot, followed closely by the hotly contended iPoker network boasting the likes of Winner, Titan and Betfair.

The only thing that hasn’t changed is that Pokerstars is still the number one venue in terms of traffic, but even they have seen a self-induced decline in cash game player numbers in recent days.

Pokerstars recent cash game traffic drop (still at 18,000) is mainly due to their advent of “Pokerstars Spin & Go” which has drawn regular cash players into trying their luck at the lottery type Sit n' Go game where jackpots can reach up to $30,000 from a $30 entry fee.

The only other negative that follows Pokerstars is Fulltilt poker hasn’t quite become the monster it once was and is struggling to maintain fourth place, in a jostle with PartyPoker, Full Tilt attained fourth spot due to its “Easy Bonus Promotion” which recently expired.

Overall it appears that online poker is on the decline but with the WSOP soon to get going when the 2014 WSOP November nine compete for the World Series of Poker title and the colder winter months approach, traffic numbers and enthusiasm for online poker are bound to increase.

END_OF_DOCUMENT_TOKEN_TO_BE_REPLACED 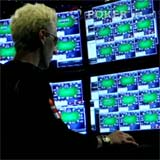 Some of the best poker software features and new poker games have only been added in recent years.

Poker software has had many innovative features and improvements since the first release in the 90's. Mobile poker apps have made poker more accessible to players.

New poker games have also been introduced, the most popular being Fast Fold Poker. The new action packed poker game is the best thing since multi-tabling.