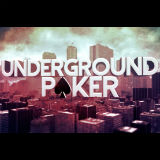 The pilot episode of Underground Poker airs on the Discovery Channel this Wednesday and features poker hosts Antonio Esfandiari and Phil Laak.

The classic team of poker pros search for the biggest Underground Poker games around the World with the hopes of playing high stakes poker home games.

The Underground Poker TV show will focus more on the characters they meet along the way, with no scripted or staged content. It won't be the regular format that normally features many televised poker hands and statistics for poker enthusiasts.

All the poker you'll see on the show is 100% real using real money, no mock-ups or make-up just genuine Underground Poker games featuring two of the top poker pros and best friends.

The chemistry between Esfandiari & Laak was discovered by film producer Jennifer Killoran on the set of Runner, Runner.

The first episode of Underground Poker airs on the Discovery Channel on the Wednesday, September 10th which was filmed in New Orleans, August 2013.

If the pilot episode of the poker TV show is a hit and is well supported by the poker community we can expect to see the release of full series of episodes. Although the first episode is only 24 minutes long it will be highly entertaining as The Magician and Unabomber hunt for private home games in New Orleans.

Antonio Esfandiari is one of the most successful poker players in the history of poker and currently sits in top position on the Poker All Time Money List 2014 after winning the 2012 WSOP Big One for One Drop which paid out more than $18 million.

Esfandiari has experience in television not only for Poker After Dark and High Stakes Poker games but has cameo appearances in The Grand (2007), Setup (2011), The Baytown Outlaws (2012) and Runner Runner (2013). He is also known for his skills as a magician and was the star of the show for Strip Magic sponsored by Ultimate Poker.

Phil Laak is not only Esfandiari's best friend he is a genius at the maths behind poker, he also has several TV show appearances including the new Poker Night in America TV show.

He broke the Guinness World Record for the longest session of poker ever recorded playing for more than 78 hours.