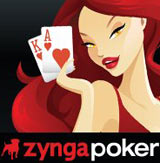 Zynga Poker believe it or not have more play money players online than even Pokerstars according to a new traffic report for play money rooms published by pokerscout, something that PokerStars the #1 online poker room needs to keep an eye on.

Zynga Poker despite being a play money only site have a large loyal fan base and dominate Facebook and Google + with poker apps for iPhones, iPads and Android based phones and tablets.

PokerStars may face some tough competition from Zynga Poker in years to come should Zynga opt to monetize their poker rooms and offer real money games.

Zynga Poker started off as a Facebook application and rapidly dominated the play money poker apps section on Facebook their expansion has been incredible, one can only imagine what their future holds should they decide to offer Zynga poker for real money.

I would predict based on their player base that should the US legalize online poker and Zynga Poker allowed real money deposits they would eventually topple Pokerstars.

While I’m not a fan of Zynga poker by any means mainly as the game seems a bit childish, besides what’s the fun in playing poker with play chips but to be truthful, I haven’t seen their platform for at least a year or so. 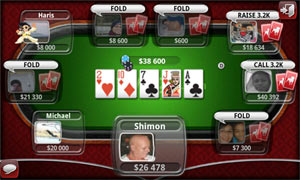 There have been several rumors of Zynga poker looking to offer real money poker but nothing is confirmed yet.

Zynga have been in talks with Wynn, Wynn have already submitted an application to the Nevada Gaming Control Board for an online poker license in the state of Nevada.

One thing for sure is that Zynga have positioned themselves rather well should America legalize online poker in the near future, one would imagine that any legalization in the USA would only be an option after the presidential elections have passed due to the sensitive subject matter.

Zynga Poker will be a top spot real money online poker contender without a doubt with or without America.